QUASAR’s participation in prior DoD and DARPA programs has produced revolutionary new dry sensor technology for bioelectric measurements through hair, off the skin, and even through clothing. 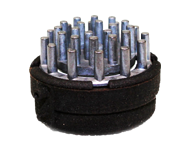 These dry sensors have been tested in a variety of contexts and proven to record EEG and ECG signals with fidelity comparable to wet electrodes. 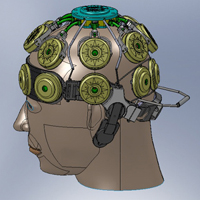 Under a U.S. Army funded Phase I SBIR project was to develop an integrated EEG-fNIR measurement system for in-field collection of TBI data. The goal of the project was to establish an initial approach for producing a system for simultaneous EEG and fNIRs measurements. We designed and built a proof-of-concept prototype of the integrated sensor. We also conceived a prototype headset for mounting. Effort on the project identified and established mitigation strategies for project technical risk, and defined a strategy for the coding architecture and user interface. 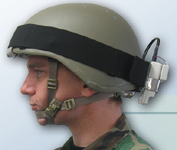 In order to use the sensors and algorithms in real-world applications, QUASAR has developed numerous solutions to comfortably attaching sensors to human subjects, including a headset (DSI 10/20) to hold 21 EEG sensors at locations according to the 10/20 International System, and a 9-sensor headset structure was integrated into a standard Army helmet for ambulatory EEG acquisition. ECG and EMG sensors have also been integrated into various garments, including T-shirts and body-armor.

QUASAR’s suite of wearable physiological sensors was developed under funding from various government and privately projects, including the following: